The beginning of the the Sea Scout program evolved more or less in 1908 along with Baden Powell’s land Scouting.  In 1908 Scouts in England living close to the water requested approval from Baden-Powell to take part in boating activities.  Baden-Powell voiced the hope that older Scouts would be interested in learning about seamanship and he stressed the need for young men to prepare themselves for service on their country’s ships.  Sea Scouting in the United States officially started in 1912 and only two years after the founding of the Boy Scouts of America. It was during 1912 that Arthur Carey of Waltham, Massachusetts, had Sea Scouts using the schooner Pioneer and was appointed Chairman of the National Council Committee on Sea Scouting. Also in 1912, Charles Longstreth organized a Sea Scout patrol on his yacht in Philadelphia. Both of these men prepared pamphlets on Sea Scouting and Carey’s Cruising for Sea Scouts was the first literature related to Sea Scouting.

Sea Scouts are members of the international Scouting movement, with a particular emphasis on water-based activities, such as sailing, canoeing and rowing. Sea Scouts provides a chance to sail, cruise on boats, learn navigation, learn how to work on engines. Sea Scouts often compete in regattas. Depending on the location and the available water these activities are on lakes, rivers or sea in small or large ships.  The San Francisco Bay Area Sea Scouts are fortunate as they have everything from the Bay to the Delta to learn their skills.  Both the Oakland Area Council and the San Francisco Council organized a Sea Scouting Department within their respective Councils.  The San Francisco Bay Area Council has ships berthed in San Francisco (Corsair & Viking) as well as the San Leandro marina (Makai).  Bill Gaylord who was skipper of the Makai for many, many years ironically passed away as this article on Sea Scouts was being written. 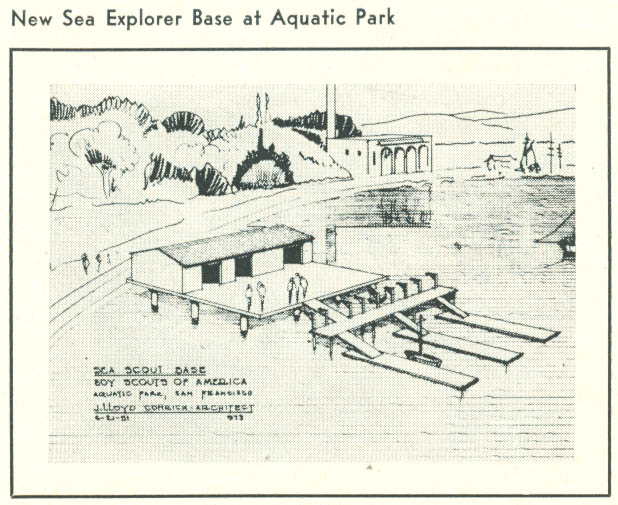 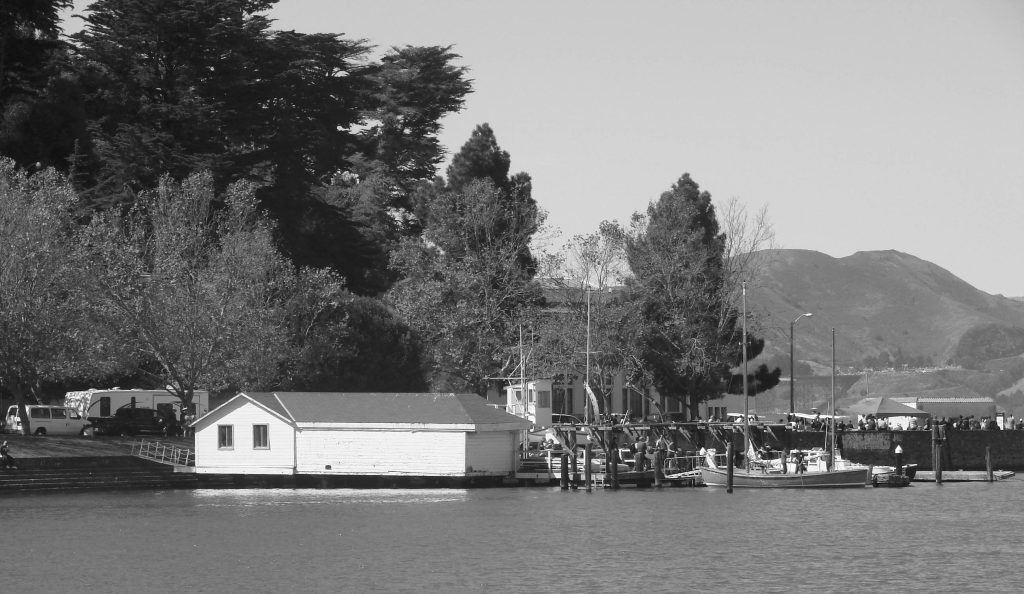 In August 1920 the San Francisco Council took the first steps to organize a Sea Scout department.  In order for the Scout to be able to join the Sea Scouts they first had to be trained as “Land Scouts” and in 1924 the first Sea Scout regatta was held on San Francisco Bay.  By 1925 there were five Sea Scout ships operated by the San Francisco Council and commanded by Port master Captain Jos. T. Pugh. The ships were provided by the US Navy and included four 24 ft whale boats and one 33 ft sailor with a heavy duty engine and 16 ft dinghy.

In 1947 the United States Navy donated to the Scouts an old Navy building and pier at the west end of Aquatic Park in San Francisco that was no longer being used.  For many years the Sea Scouts could watch prison trains transporting convicts over to Alcatraz as the transfer pier is adjacent to the building.  This Navy building would become the headquarters of the San Francisco Sea Scout program and has served the council for over 60 years.

Not a lot is known about the Sea Scouts of the Oakland Area Council.  However, in 1930 the City of Oakland gave the former Ice Breaker ship the Cutter Bear to the custody of the Oakland Sea Scouts.  The City asks the Scouts to carry on the memory of the old vessel by turning it into a museum in addition to allowing the Scouts to use the ship as the headquarters for the 12 Sea Scout Ships of the Oakland council.  The Cutter Bear was used in the Artic for relief expeditions for almost 57 years until the 1920’s to aid marooned explorers.

In 1928 the Cutter Bear was decommissioned and presented to the City of Oakland by Congress.  The Cutter Bear was moored in the Oakland Estuary just West of the High Street Bridge.   However only two years after the Scouts took possession of the ship it was sold by Oakland in 1932 and moved to Boston.  On its voyage to Boston, the Skipper of the Oakland Sea Scouts was allowed to make the journey to deliver “their” ship to its new owners. 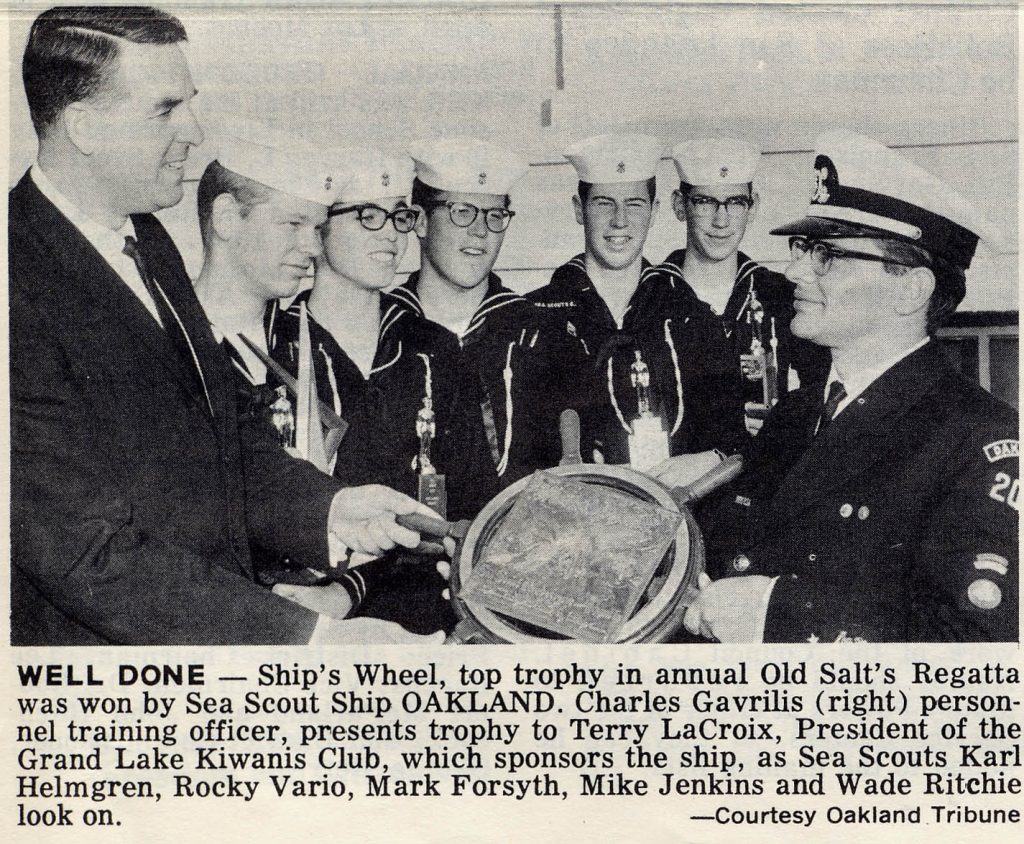 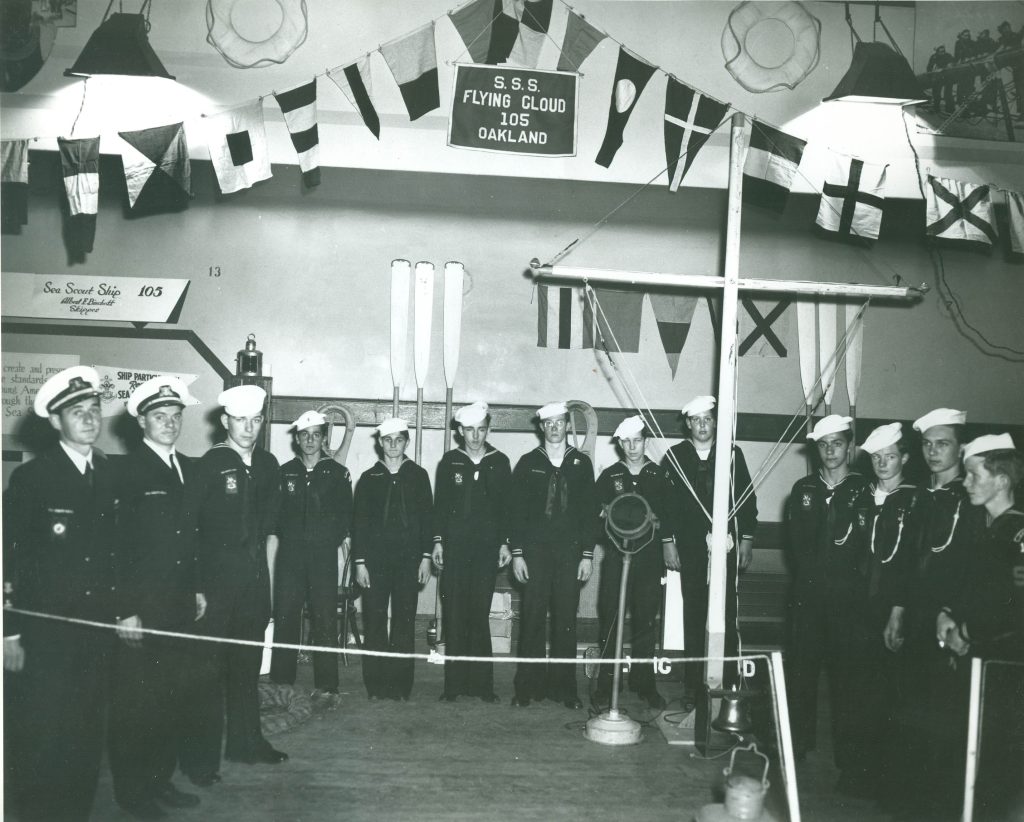 In 2013 the Sea Scout Ship 700 The Makai from Castro Valley was awarded the 2012 National Flagship Unit by the National Council among all the Sea Scout Ships in the BSA. Skipper Robert Karn, Boatswain Nick Rojas, and charter partner Bigham-Taylor Roofing have much to be proud of in earning this honor.   The National Flagship Unit has 11 objectives to meet on Scouting’s Journey to Excellence in order to receive this award. Among them are participating in a super activity or long cruise, a trained ship committee, and participating in service projects. As stated by Bos’n Nick Rojas, “The Makai is much more than a Sea Scout Ship, we’re a group of determined young men who want to work hard for regattas and enjoy our cruises to the fullest. The leadership as well as the enthusiasm of the crew allow us to get the best possible training and practice for every event or cruise we do”. 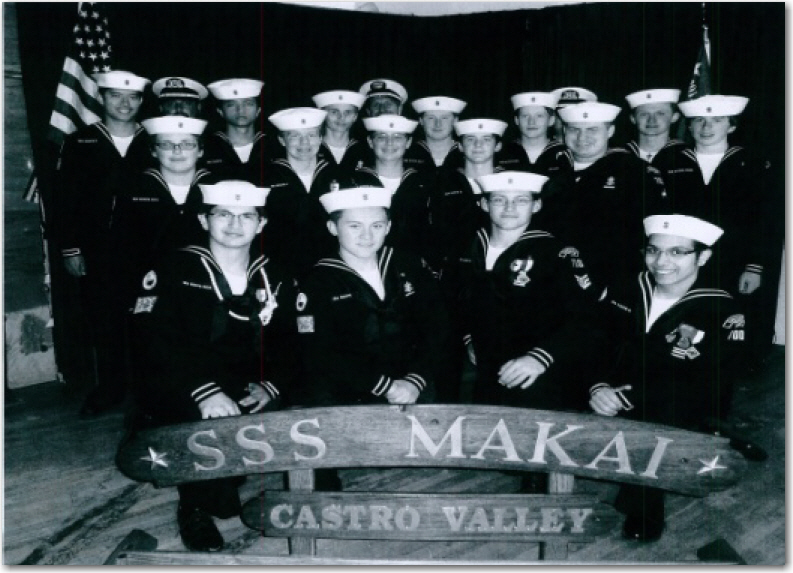 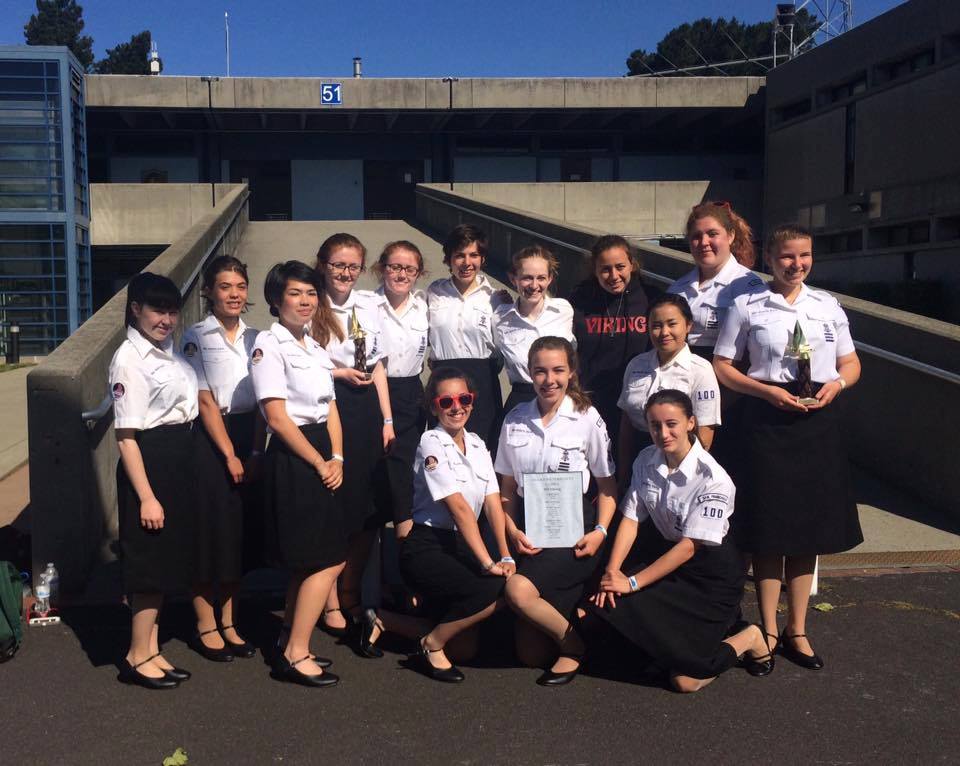