"The Scoutmaster" by Norman Rockwell and the Oakland Area Council

In 1956 Saturday Evening Post painter and Boys Life contributor Norman Rockwell completed one of the most iconic images of the Boy Scout movement known as “The Scoutmaster”.  The painting depicts four boys sleeping in their tents on a warm summer night under the stars with their Scoutmaster tending to the campfire.

In reality, the painting was actually staged some three years earlier at the 1953 Scout Jamboree in Irvine, California near Santa Ana.  Over 45,000 Scouts participated in the week-long event including a contingent of 10 troops from the Oakland Area Council which included at least two members of Lake District’s Troop 95, 13 year old Howard Lincoln and 24 year old assistant scoutmaster, Machek N’Gult Brotherhood member and Eagle Scout Edmund Crinnion.

During the Jamboree, Scoutmaster Del Anderson (Oakland Lake District Troop 123), who passed away in August 2008 at 103 years of age, was asked to get four boys for a picture that Rockwell was creating for the annual Boys Life calendar. The four scouts, including young Howard Lincoln, were asked to setup the canvass tents, build a fire in the blazing summer heat of Southern California and then lay down in the tents with their heads on the pillows as if they were sleeping.  Howard Lincoln can be seen as the boy directly to the right of the Scoutmaster.  Howard indicated, “My scoutmaster Del Anderson told me I was going to be in a Boy Scout calendar along with five other Scouts. We went out and pitched a tent and built a fire in broad daylight. Norman Rockwell was there. He explained the scene was nighttime, a scoutmaster standing by the tent, and we would all be asleep. It was 90 degrees in the shade in the middle of the day.”  Howard indicated that he faced forward because he knew that his mother would not be happy unless his face could be seen.

The Scoutmaster on the other hand was Marshall Ammerman, a professional Scouter and former Scoutmaster. Marshall came nicely groomed for the photo shoot except that he had the wrong type of shoes.  Edmund Crinnion, one of the Assistant Scoutmasters from Oakland’s Troop 95 who was helping his scouts during the day long event was able to correct this mistake by loaning the actor his own boots which can be seen in Rockwell’s painting.  Edmund passed away in 1991, but interesting enough, Edmund’s boots were saved and are still in the possession of the Crinnion family.

Rockwell then took hundreds of pictures in this all day photo event which lasted about eight hours. Once Rockwell returned to his studio he worked on creating the painting from the multiple photographs and turned the daytime image into a star filled night time painting.

About a year after the Jamboree and the Rockwell photo shoot, Lincoln indicated he received a letter and either $10 or $20 dollars from Rockwell asking him to sign a release for his work.  Two years later, Star Scout Howard Lincoln would earn his Eagle award in June 1955, become President and CEO of the Seattle Mariners baseball team as well as being honored with the Distinguished Eagle Scout Award.

The original Rockwell painting of The Scoutmaster is now located at the National Scout Museum in Irving, Texas in the Norman Rockwell collection.  A large reproduction of The Scoutmaster hangs in the dining hall at Rancho Los Mochos as a tribute to the Scouts of the Oakland Area Council. 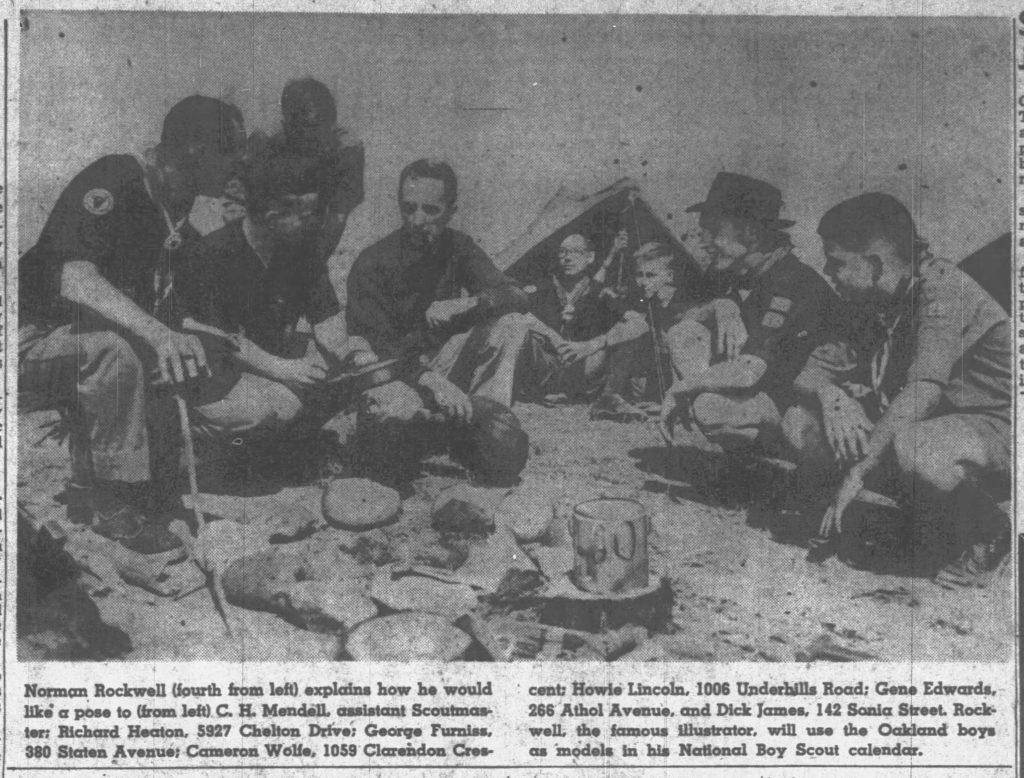 The Scoutmaster Painting and his boots 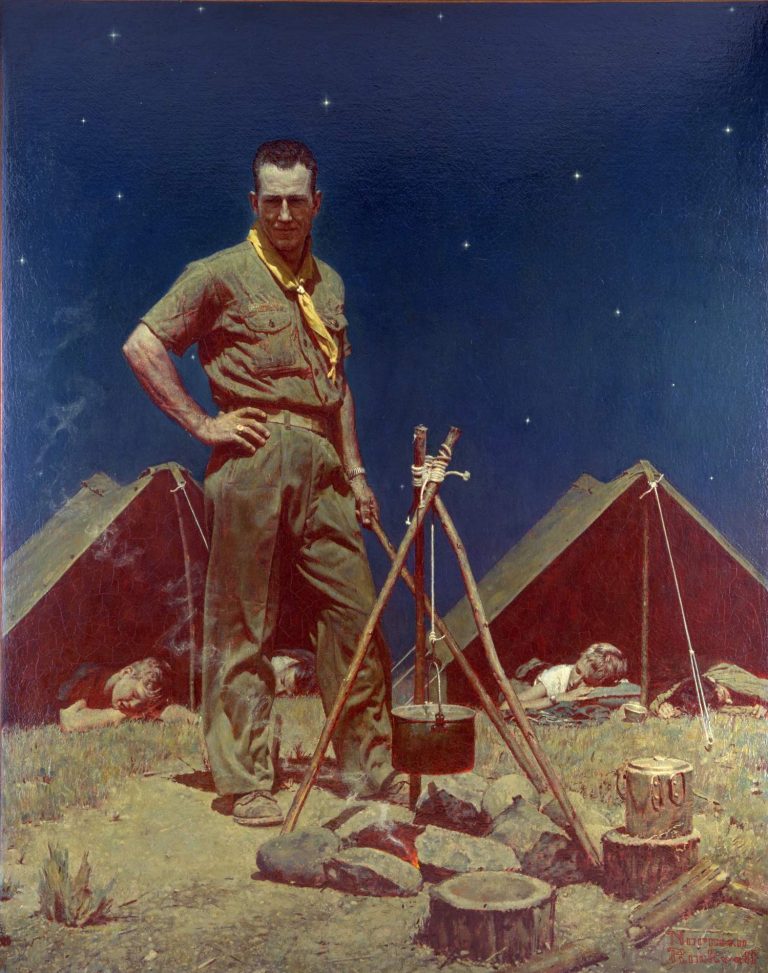 The Boots worn by the Scoutmaster 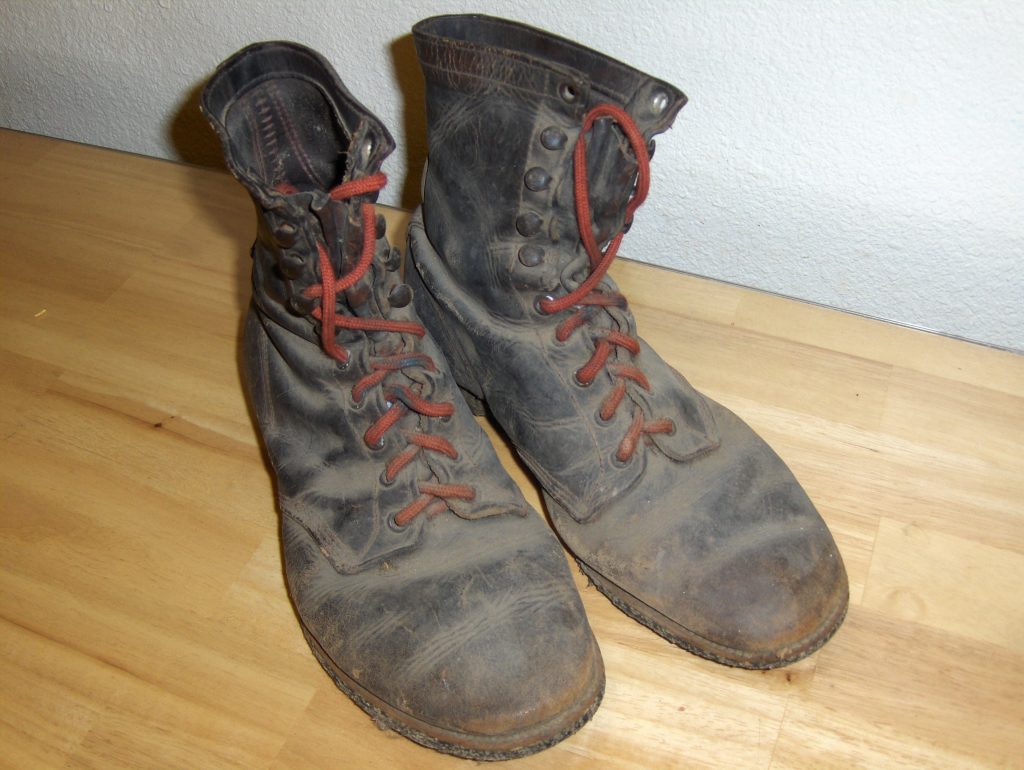 Howard Lincoln Jr. (one of the boys) 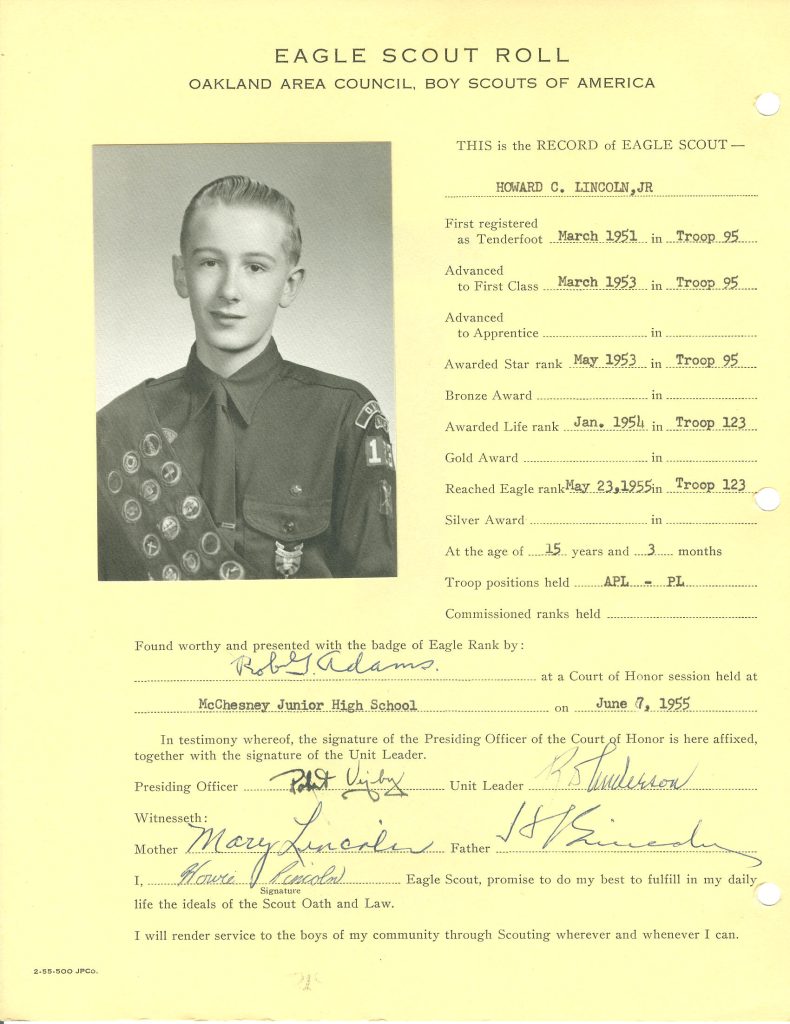