The Tribe of the O-hit-e-kah (also known as the Order of the Ohitekah) was an Eagle Scout Association created by the Oakland Area Council and was one of the first in the nation.  The Order was founded in  November 1922 at Camp Dimond in Oakland three years before the Knights of Dunamis (the San Francisco Eagle Scout Association) was founded in 1925.

According to the Oakland Tribune of 11/20/22, “Local Scouts have taken the initiative in forming the first Order of the Tribe of Ohiteka, the only one of its kind in the Country.  Only Eagle Scouts are eligible for membership.  Harold Chastain is chief and Howard Peterson has the title of Medicine man.  The organization will have service and education as its aims”.

The name of “O-hit-e-kah” was an Native American Sioux Indian word for a male that meant “Brave”.  The Order of O-hit-e-kah tribe was made up of Eagle scouts only. Members of the Oh-hit-e-kah Tribe gave Eagle Scouts an opportunity to show their leadership ability not only in the work of their respective troops, but also in the service which they are rendering at Scout Camp. The Scout Scribe (the newsletter of the OAC indicated) “Members of the tribe assist other troops in leadership capacity acting as special examiners in many of the Scout tests. They are an exemplification of the spirit of Scouting for they believe and render to others as great a service as they possibly can.”

The Order had at least three known chapters (they were called both Teepees and Tribes), Oakland Council (Teepee #1, founding Teepee), Stockton Council (Teepee #2, founded 1928) and the Bronx Council (Teepee #3, founded 1929).  In 1929 the Order of O-hit-e-kah ceased to be a local organization when the Bronx Valley Council in the state of New York under the leadership of Scout Executive Ripley was founded.

According to the Oakland Tribune articles, the Order of the O-hit-e-kah as a service organization of Eagle Scouts lasted until at least October 1931. Other Eagle Scout associations most notably the Knights of Dunamis, which was founded across the bay by the San Francisco Council in April 1925, had a much stronger following and larger organization.

Order of the O-hit-e-kah Positions:

Sachem – Leader/Chief of the Order

Tribe of the Ohitekah Memorabilia 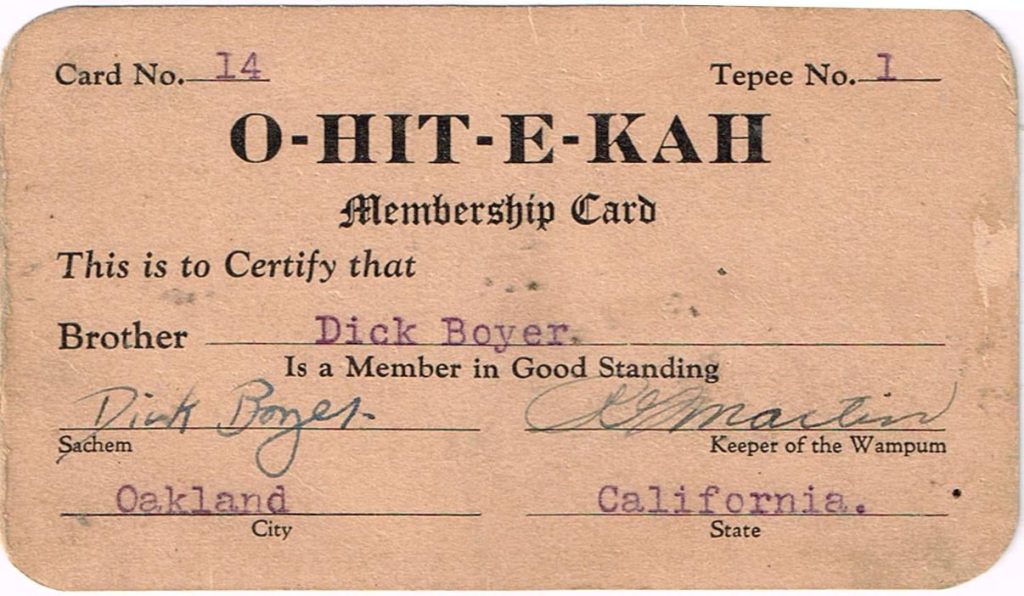 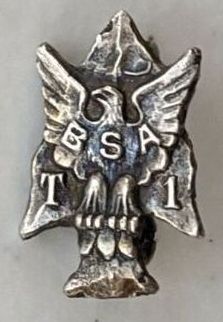